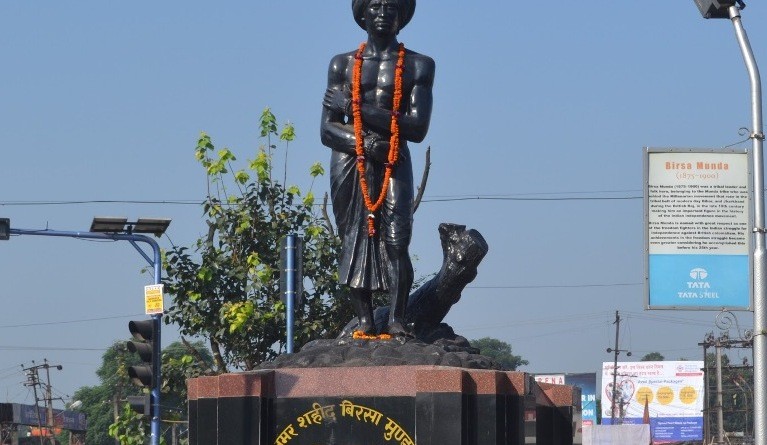 In Picture: Birsa Munda’s statue with chains on his hand in Ranchi. (Courtesy- Iseebirds)

Ranchi, June 1: Bhagwan Birsa Munda will be free of shackles 116 years after this death.

Chief minister Raghubar Das has approved the state art and culture’s proposal to portray the tribal freedom fighter without chains or handcuffs, a move to rewrite history eliciting mixed response from tribal leaders.

Birsa, who died aged 25 in Ranchi jail in 1900, had in his short life raised a tribal guerrilla army to fight the British, achieving cult status in India, which after Independence honoured him by hanging his portrait in Parliament’s central hall.

In Jharkhand, the entire political and socio-cultural establishment swears by his name. The state’s foundation day is celebrated on his birth anniversary, institutes of higher learning, the airport and stadiums are named after him while his statues grace prominent city spaces.

But most of them, including in roundabouts named after him, depict Birsa in chains, which the Raghubar Das government believes sends a wrong message about the freedom fighter to youngsters.

State art and culture department director Anil Kumar Singh, who said they mooted a proposal some 10 days ago to change the way Birsa Munda was being depicted, confirmed that the chief minister formally gave his approval last night.

“We are now in the process of sending orders to all departments, establishments, educational institutions, among others. about this change. From now on, the legendary Birsa Munda shall not be depicted in chains or cuffs in any statue, picture or poster,” said Singh. “Wherever such statues and posters exist, they have to be rectified immediately by authorities concerned. For example, his statue in Birsa Chowk in the capital shows him in chains. Ranchi Municipal Corporation has to now rectify or replace it.”

Asked why the department decided on his correction 16 years after Jharkhand’s birth, Singh said uncomfortable questions by children during seminars, talks and programmes triggered a rethink on how the freedom fighter was being visually portrayed.

“There have been instances where people, especially youngsters and children, have asked us why Birsa Munda was in chains if he was a freedom fighter and had done so much for the country and society? It became difficult to explain,” he said.

Ratan Tirkey, member of Jharkhand Tribal Advisory Council, hailed the decision. Calling it a “landmark step”, he said: “Even we have been asking for this correction. Why should a freedom fighter be shown in chains after Independence?”

But, noted tribal activist Dayamani Barla disagreed. “Birsa in chains or cuffs shows despite all odds he didn’t buckle before the British. The picture reminded us we were not independent then. Today, our country is independent but in a true sense, we are still struggling for basic facilities. I see Birsa in chains as an inspiration for all of us to keep struggling for our rights over jal, jungle and jameen,” Barla said.

Calling the move “farcical”, tribal leader and former BJP MP Salkhan Murmu said: “Only when tribals are liberated from all odds can Birsa Munda be considered truly liberated. This step uses him for political gains.” 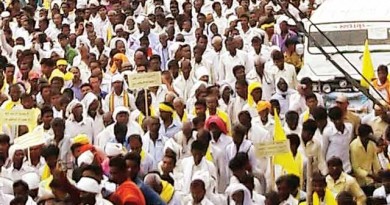 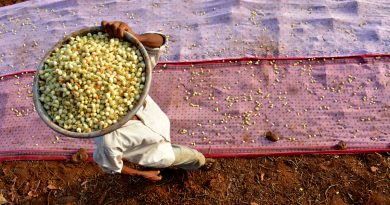