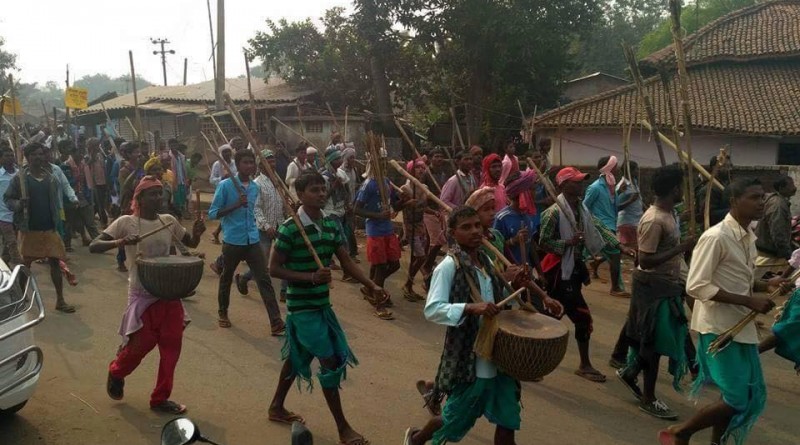 Barely two weeks have been passed since the Chhotanagpur Tenancy Act (CNTA), 1908, Amendment Bill, 2016 arbitrarily passed in the Jharkhand Legislative Assembly without even proper discussion and debate. Moreover, some changes in Santal Pargana Tenancy Act, 1949 as well. This has paved way for unbridled corporate loot and plunder of Adivasi land and livelihood. These Amendments empower the government to usurp land for “non-agricultural purposes”, to make commercial use of their land, something that was prohibited till now. Also, it will adversely affect the pro-Adivasis/marginalized provisions of the Panchayat Extension to Scheduled Areas (PESA) Act, 1996, The Right to Fair Compensation and Transparency in Land Acquisition, Rehabilitation and Resettlement act 2013, Forest Rights Act 2006 etc. The Jharkhand Government has been consciously attempting to enact such policies which further deprive the marginalized, especially the Adivasis, for serving the interests of the corporates.

Undeniably, these recent amendments are Government’s last nail in the coffin of democratic rights of Adivasis and other marginalized people in Jharkhand. It is noteworthy that previously, several amendments and ordinances have been enacted to this effect. In 1996 it was amended to allow use of tribal land for mining and industry — a provision that will continue under the land Bill. The PESA has provisions allowing the gram sabha to be consulted before acquisition of land in Scheduled Areas for developmental projects. But this was not incorporated in the Jharkhand Panchayat Raj Act 2001, leaving gram sabhas with no effective say in public or private acquisition — a situation that will remain unchanged under the new Bill. All concerns of the Adivasi and other backward masses of Jharkhand have astutely been bypassed in the process.

These acts were introduced and implemented after series of Adivasi upsurges at several historical junctures asserting that Adivasis do not need any legal certification or document to prove it. These acts asserted that Adivasis derive their identity from the forest and possess a wealth of traditional learning and wisdom from it and are fully aware that they would survive only as long as the forest does. There exists an ancient, symbiotic relationship and inter-dependence between the adivasis and the forests. The Adivasis cultivate on forestland, collect fruits, flowers, dried wood and leaves for their own consumption. For tribes, land is beyond a small piece of the earth; rather it is a life and insurance for the possible infinite human life. The prime objectives of these legislations was the assertion of Adivasis’ land, traditional self-governance and culture. These acts, including the forest Rights Act (FRA) and PESA, are known as the safeguard of the Adivasis prohibits the transfer of Adivasis’ land to non-Adivasis. The Santals upsurge in Santal Pargana, Kol revolt in Kolhan and Ulgulan in Chhotanagpur, which resulted in enforcement of three legislations – CNTA, 1908, Wilkinson’s Rules 1837 and SPTA, 1949. Land, thus, is an inalienable right for the Adivasis and other marginalized sections in Adivasi areas. It is for this reason that the adivasis are averse to idea of compensation and assert their customary/traditional right over their land.

The recent amendments by the BJP coalition government headed by Chief Minister Raghubar Das bear testimony to the fact that how adivasis have been consciously and continuously been victimized in the development process in India.While moving the Amendment Bill in the Assembly, the Government put forth that these changes would bring “development” to the “hitherto undeveloped Jharkhand” and that the government has not taken an inch of land forcibly in the last couple of years. However, instances of brutal eviction such as that of eviction of adivasis from their agricultural land in Nagri for building IIT and IIM, exposes the development projects. It is noteworthy that the constitutional provisions of the Fifth Schedule covering 112 community Development blocks as Scheduled areas in the state have not prevented tribal land alienation and not contributed to any significant development among the tribals.

In gist, the tribal question, especially the development of the tribals, the expropriation of the tribal lands, forests and other resources has continued unabated in the name of ‘national’ and ‘regional’ development. Thus, where exclusion of the adivasi regions has been overcome, it has been order to extract resources, particularly minerals and water.In fact, the successive governments have caused immense pain, suffering and sorrow for the Adivasis, for the sake of ‘national interest’. In some cases like that of Hatia in Ranchi, the government has acquired the land according to the draconian Land Acquisition Act (1894) in the name of ‘eminent domain’ and later sold to the non-Jharkhandi and none ST/SC/OBC.  Right to Fair Compensation and Transparency in Land Acquisition, Rehabilitation and Resettlement (LARR) Bill 2013 passed by both Houses to “reduce forcible acquisition and help tackle naxalism in mineral-rich areas”. But with Coal Bearing Areas Acquisition and Development (CBA) Act 1957, Land Acquisition (Mines) Act 1885, and Damodar Valley Corporation (DVC) Act 1948, along with 10 other laws, exempt from the land Bill, the Central government has its own acquisition in mineral-rich areas such as Jharkhand out of the law’s purview. Moreover, in reality, some Adivasi areas like Latehar, Palamau and Garhwa do not even come within the purview of the tenancy acts. Thus, the issue is not only to protect the rights embedded in the various tenancy acts, but also to broaden the jurisdiction of these acts and provisions. In fact, Section 46 (d) (CNTA-1908) should also restrict the none ST, SC and BC from transferring land to others in accordance with the verdict in Andhra Pradesh ‘P.Rami Reddy & Ors. Etc. vs. State Of Andhra Pradesh & Anr. Etc on 14 July, 1988’(https://indiankanoon.org/doc/101893/).

Fierce protests have rocked Jharkhand since the Amendment Bill has been passed. These protests have been met with brutal police crackdown, especially on the student protestors. During the state-wide dawn-to-dusk bandh call given by a united opposition on 25 November (to assert that these amendment would lead to the tribal getting dispossessed of their land by the corporate) protestors were brutally lathicharged. The police made nearly 9,000 preventive arrests, which included a large number of Adivasi students. Several places like Dumka, Khunti and elsewhere Adivasi hostels are being raided. And there is an attempt on the part of the administration to criminalize adivasi and other people who are taking to streets on this issue. The traditional weaponries like bows, arrows have been confiscated and they have been implicated in false charges. As a matter of fact, ahead of today’s Jharkhand Bandh, the police has made another round of preventive arrests ahead of the bandh called by the Jharkhand Adivasi Sangharsh Morcha on 2 December, after raiding adivasi hostels. Besides, the role of the mainstream media has been dubious, given the involvement of vested interest groups, terming the pro-CNTA protestors as “miscreants” and covering anti-CNTA protests led by the Jharkhand Adivasi Sangharsh. The role of the corporate media becomes quite evident in this regard.

World over, indigenous people are trying to survive in their own way by adapting to the environment and not harming. They are constantly fighting for their traditional life and livelihood, whether it is ‘standing rock’ fighting against the Dakota access pipeline, or Kondh Tribe fighting against Vedanta or the tribals of Australia put up a stiff resistance to Adani. Massive public resistance against the Koel Karo Dam and the army’s field firing range in Netarhat that threatened to displace another three lakh — over 87 per cent of whom were tribal — forced the government to withdraw numerous projects. However, these battles are not the ‘end’ even if it’s won. Rather, it is just postponed, where one needs bigger assertion to uphold to the right to life and livelihood. In the past, several thousand acres of tribal land have been acquired, but the question that stares at our faces is that whose development and at whose cost. Jharkhand and Adivasi belts are witnessing protests over the state government’s move to make changes in the CNT and SPT Acts. There is a need to resonate the voices of Adivasis’ struggle for their land, livelihood here on the streets and political corridors of Delhi as well. We fervently appeal to all progressive, democratic sections to join the protest demonstration at Jantar Mantar at 10 am.Our demands: 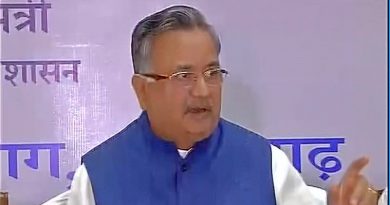 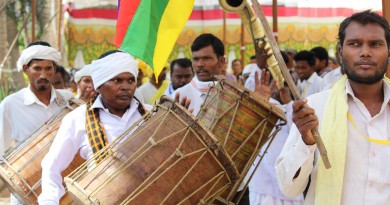 Gondi Standardization and future of Gondwana 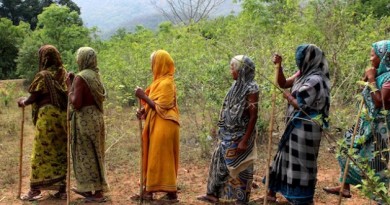