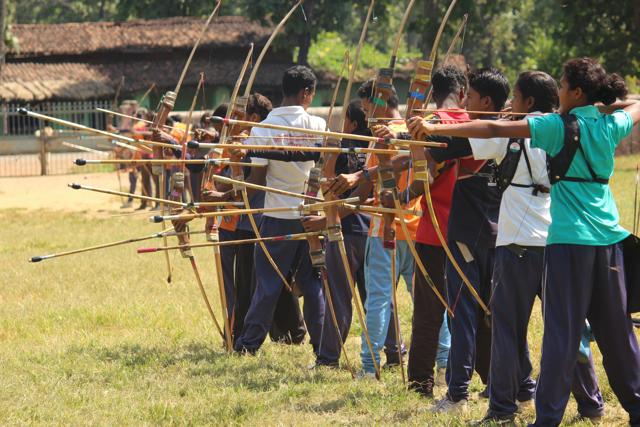 Tribal youths in a Chhattisgarh village are aiming for the sky—albeit with their bows and arrows. With 94 medals in state and national-level archery events, the youngsters of Shivtarai have set their eyes on international fame.

“Not a single player wants to marry before making it big internationally,” exclaimed Arti Mehsram, 17, adding that this has got their families worried.

Coming from a village on the outskirts of Aachnakmaar jungle, where their elders used to hunt animals, the youths are now raring to hit the target boards after the jungle was declared a tiger reserve and hunting banned.

Situated in Bilaspur district and 160km northwest of Raipur, Shivtarai is home to around 2,000 Gond and Baiga tribals known for their skills with the traditional bow and arrow.

“Baigas and Gonds are archers by birth. Now, their children are taking up archery as sport and making the state proud,” said Itwari Raj, a head constable in Chhattisgarh Armed Force and the person who is credited with getting the kids hooked to the sport in 2004.

Practice sessions begin at dawn at a school ground and last for about five hours. Over a 100 youngsters take part while Raj supervises the sessions once a week.

The results are there for all to see as the list of medallists from the village gets longer. Sarvgaya Gond won the silver in national school games in Ranchi this year, Dhani Ram had won the silver in 2015, Aman Prakash won the gold in junior nationals in Jamshedpur.

With eyes on Olympics, the thirst for more exposure and training is evident. They eagerly discuss about their icon and national archer Deepika Kumari, who has won many silvers at world championships and gold at the 2010 Commonwealth Games, besides taking part in Olympics.

A few enterprising youths have downloaded videos of world-class South Korean archers from YouTube and discuss it threadbare.

The other essential in their pursuit is better equipment, facilities and financial support.

“All of them are from BPL (below poverty line) families,” says Raj, explaining how some talented boys gave up the sport to earn a livelihood and support their families.

“Well-wishers have donated money and I have paid too,” he said, adding that last year, on the district magistrate’s initiative, NTPC provided some equipment to the youngsters.

Anjulus Ekka, sports officer, Bilaspur, said a proposal has been sent to the government to develop an upgraded centre in Shivtarai.

The article is republished from Hindustan Times, November 6, 2016. 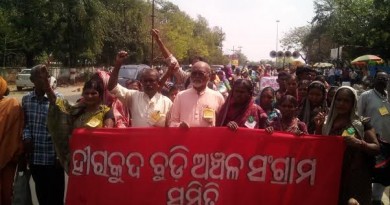 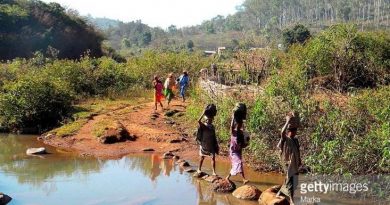 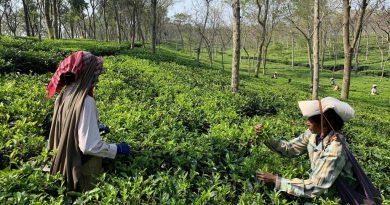 “Markets closed, no work or money at home”: How the COVID-19 lockdown is affecting tea garden workers in West Bengal