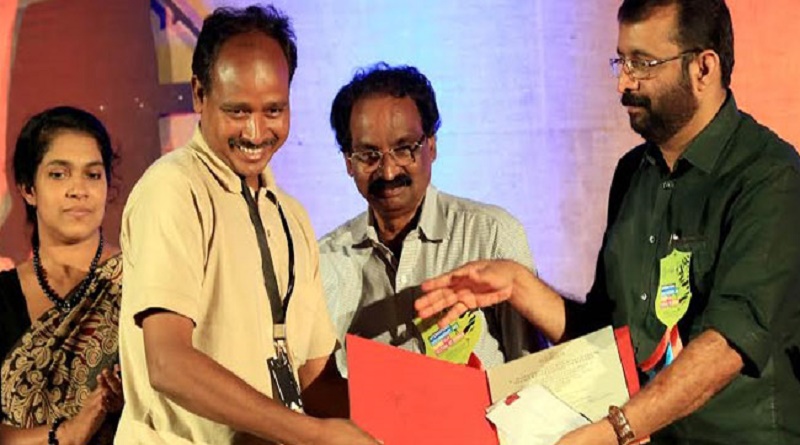 Ranchi based Adivasi filmmaker Biju Toppo, bagged another award and recognition this month, after his film “The Hunt” won best short documentary award in ‘9th International Documentary and Short Film Festival of Kerala’ .

The Hunt explores ‘the condition of human rights in the Naxal affected areas of Jharkhand, Chattisgarh and Orissa. These areas are rich in mineral resources as well as tribal population where Central and the State Governments have already signed MoUs with various national and multinational companies. The Film questions the thoughtless rapid development model of the Government where lives of millions of people in these areas are severely affected.’

Promo of The Hunt:

In 2015, ‘The Hunt’ was shown on Doordarshan and special screening was organized for Jharkhand’s policemen and social organisations working for rehabilitation of the tribal poor. In an interview with Telegraph  Toppo said, “Whether it is Kathikund block in Dumka or Dantewada in Chhattisgarh or Kalinganagar in Odisha, it’s the same story everywhere. Tribals have to fight to protect their land in these mineral-rich states.” On special screening of movie for the men in uniform, Toppo said, “I want to draw their attention to the grave injustice meted out local people so that they can provide adequate security, generate employment opportunities and enroll children into new schools.”

Biju is also a founding member of “Akhra”, an organization working with indigenous youth in the field of culture and communication in Jharkhand. ‘Akhra’ has been making films on indigenous people’s issues since 1995 and has produced many award winning films that revolve around survival and lives of Adivasi communities.

“I have depicted how the word ‘development’ has become most debated in tribal land due to mineral deposits that are being explored by big industries. But tribals in their areas are denied their basic rights. As a result, Maoists are projecting themselves as the protector of the rights of innocent tribal people.”

His other notable works include:

Development flows from the Barrel of the Gun (Vikas Bandook Ki Nall Se) – “This film presents and examines orchestrated state violence against indigenous and local peoples when they rally and protest against development projects on their lands. Rather than focusing on a single instance, the filmmakers strengthen their thesis by recording examples from all over the country: Orissa, Jharkhand, Madhya Pradesh, Gujarat and Chhattisgarh. In each case, using the local police force, the state has brutalised and killed protestors, often on trumped up charges of violence.”

Ek Ropa Dhaan is a Hindi film is a Hindi documentary on systematic rice intensification, a progressive paddy farming method introduced by a priest, Father Henri de Laulanie, in Madagascar, around 25 years ago.
The remarkable feature about the method is that it requires much fewer seeds, fertilisers, insecticides and around one-third of the water required in conventional farming.

Iron is Hot (Loha Garam Hai) tells the story of how people struggle with India’s most polluting industry – the sponge iron industry. The 43-minute film presents a picture of an industry allowed to grow unfettered and unhindered by various laws, often with administrative connivance. Through graphics, title cards, data and interviews with people – both ordinary men and women, and rebel leaders – of Sundargarh, Rajgangpur, Siltara, etc., the film makes a scathing comment on the lop-sided concept of industrialisation gained at the cost of human lives, environment, agriculture and livestock.

After receiving award in Thiruvananthapuram Biju told , “I am very happy to receive the award, though I’d have been happier if such film festival was organized in our own state Jharkhand and if I had won the award there. Chief Minister visits to watch the movie, and Deputy Chief Minister distributes the award. Such is the film culture here, that 500 to 1000 people come everyday to watch documentary films. We have very talented filmmakers in our state, they have vision, but there is no support from the government and our movies are not accessible to our own people.” 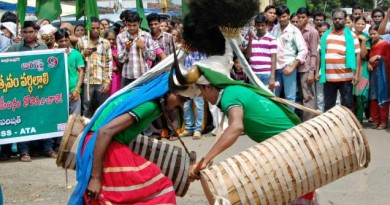 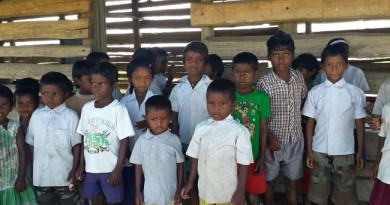 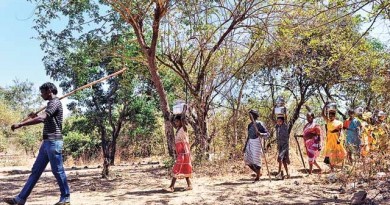