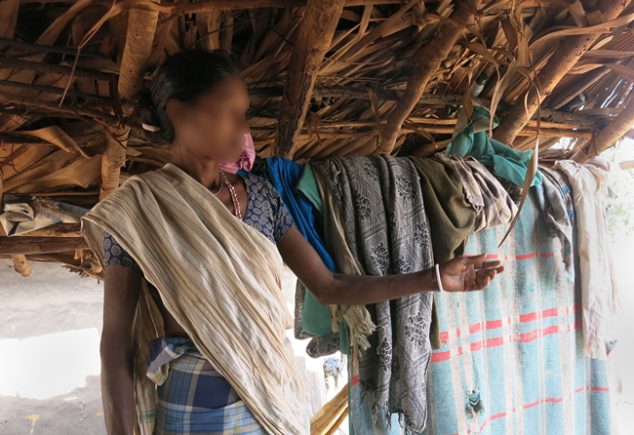 In a 15-page fact-finding report, the National Commission for Scheduled Tribes (NCST) has stated that there is a breakdown of discipline among security forces deployed on anti-Maoist operations in south Chhattisgarh. The report was the result of a probe by the NCST into three instances of mass sexual violence against Adivasi women—all hardscrabble subsistence farmers—including gangrapes, as well as assaults, and looting by the police and paramilitary forces, in the Bijapur and Sukma districts of the state. The violence reportedly took place in October 2015 (in Bijapur) and in January 2016 (in Bijapur and Sukma) by contingents deployed on anti-Maoist operations.

A three-member NCST team led by the commission’s chairperson Rameshwar Oraon visited Chhattisgarh between 3 and 5 April to probe the charges of violence. On 29 April, the commission finalised its report. It terms the investigations into the charges “unsatisfactory,” adding that “no progress has been made in identifying” the security personnel who attacked the women villagers. “The statements of all the complainants are yet to be recorded,” the report notes. The commission recommends that the investigation be taken away from the district police authorities, and handed over to the Criminal Investigation Department of the state, and suggests a judicial enquiry. The report stresses that, if the investigation is to be “credible,” these steps are essential.

The commission found that for all three cases, the district police had set up “special teams” of two or three members of police personnel to investigate the violence. However, despite the six months that had passed since the October complaint and the four months since the January ones, these teams have made no arrests, nor have they filed charge sheets.

“Transferring the cases out of the district is necessary, because those responsible for investigating the crimes are themselves involved,” Oraon, the commission chairperson, told me on 9 May. The NCST report notes that the commission sensed a breakdown of discipline among security forces deployed on search operations. Unless commanding officers enforce appropriate supervision, the report says, it would be impossible to prevent such acts of violence.

Last October, in Pegdapalli, Chinnagellur, Peddagellur, Burgicheru, and Gundam villages of Bijapur, three women, including a teenager and a pregnant woman reported being gangraped by members of security forces. Several others complained of sexual assaults and molestation. This January, 13 women from Bijapur’s Nendra village reported being gangraped by security forces personnel, some of whom reportedly carried out the assaults inside the women’s homes. The attackers belonged to a contingent that stayed in the village from 11 to 14 January, while on an anti-Maoist operation. In Sukma’s Kunna village, several women reported being sexually assaulted by security personnel on 12 January. In all three instances, many villagers complained that members of these forces had also beaten them, ransacked their homes and looted money, food, and other possessions.

In its report, the commission strongly criticises the police for its reluctance to file the FIRs in the January cases, and the delay in conducting medical examinations of the survivors, thus undermining potential evidence. The FIRs were delayed despite a 2013 Supreme Court ruling that an amendment to India’s anti-rape laws makes it mandatory for the police to file a case as soon as a complaint of sexual violence is brought to them. For instance, in Sukma, the 12 January violence was reported on 15 January to authorities, but the police lodged a FIR only on 27 January, that too following persistent efforts by local Adivasi leaders such as Manish Kunjam.

With scores of remote forested villages, Bijapur and Sukma districts form part of the heavily militarised epicentre of a decade-long conflict between the Indian paramilitary and police forces and Maoist rebels, which has taken over 7000 lives already. Over a third of the casualties are civilians, killed by combatants on either side. While there have been several reports of sexual violence in Bastar over the years, the October 2015 complaint from Bijapur was the first instance of a formal FIR being lodged that charged male combatants with rape. It also marked the first time the state government invoked the Section 376(2)(c) of the Indian Penal Code, which was introduced into the IPC after the 2013 amendments to the anti-rape laws. This provision deals with sexual crimes by armed personnel.

The NCST’s attention was drawn to the violence by Hindi and English press reports on the violence, between November 2015 and February 2016. In a letter dated 25 February 2016, the NCST asked the Chhattisgarh state government for a report. It sent a reminder on 11 March. Since the government provided no response, the commission decided to travel to the state and get information first-hand.

When Oraon and his team visited Chhattisgarh, they did not travel to the actual villages in Bijapur and Sukma where the violence is reported to have taken place—authorities in the state advised them to not do so, saying it was unsafe. Instead, the team met several women complainants in the district headquarters of Bijapur town. These included 8 women from Nendra, who told commission members that members of the security forces had raped them. Other women narrated being assaulted by members of the force. According to the report, several other affected villagers were unavailable since they had migrated to the neighbouring state of Telangana for seasonal work.

In Bijapur, the commission met with lawyers and women activists who had helped guide the Adivasi women villagers through the legal procedures. It also met with district police officials in charge of the investigations, as well as the state government’s chief secretary and home secretary, and senior police officials in Raipur.

Following his visit, on 13 April, Oraon had told me that he was unconvinced about the seriousness of the police investigations into all three cases. Drawing attention to the fact that no arrests had been made yet, he asked, “In this case, if the police cannot identify and arrest the perpetrators from among a couple of hundred people, how can we expect them to identify the accused in general cases from among thousands and lakhs?”

Another key criticism contained in the report is that the police did not apply relevant provisions of the Scheduled Castes and Scheduled Tribes (Prevention of Atrocities) Act, despite all the complainants being Adivasis. The report points out that by not including such provisions in the FIR, the authorities are undermining the seriousness of the charges, and preventing the villagers from getting the monetary compensation to which they are legally entitled. The Atrocities Act, which was amended in January 2016, with amended rules issued in April 2016, mandates an investigation and filing of chargesheet within 60 days of the FIR being lodged. The new rules also provide for monetary compensation ranging from 2 lakh rupees to 8.25 lakh rupees for survivors of sexual violence. The report also notes the government must pay monetary compensation to villagers who have suffered in the violence.

The report argues that conditions for sexual violence are being created due to forces living in villagers’ homes during operations, and the absence of women officers in the deployed units. Last December, in villages of Bijapur that had seen such violence, several women had told me that they were evicted from their homes by security forces, who then took them over for the duration of their stay in the village. The report asks the government to “issue orders that security forces must not, under any circumstances, live in the homes of villagers while on an operation.”

During our conversation on 9 May, Oraon told me that he planned to write to the Chhattisgarh Chief Minister Raman Singh this week with a copy of the report and urge speedy action on the commission’s recommendations. “After some time, we will ask them for a follow-up report,” he said. 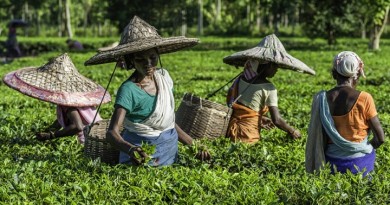