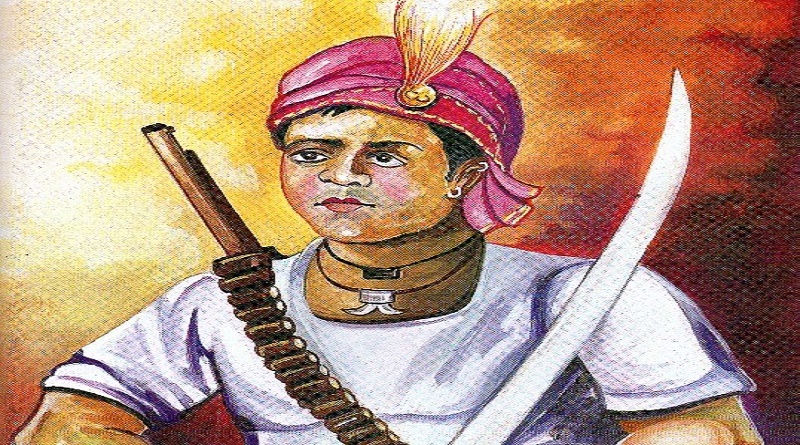 British Empire, began establishing themselves as administrative rulers from traders. In the Mughal courts of India, they started trade by asking Emperor Jahangir for permission to do business through Gujrat’s Porbandar and Surat. Emperor Jahangir was much delighted to get England’s fine wine, diamonds, fine gems etc. and Britishers got permission. In the sixteenth century, British East India Company was spreading western trade throughout in different states. Since the sixteenth century, the southern and eastern states like East Bengal, Madras, Cochin, Travancore, became ports for the ships coming from England. Gondwana region at the centre was rich and prosperous. Thus many kingdoms were eyeing on it. Mughal Empire in the north, Vijaynagaram and Bahmani in south and Sultan of Bengal, wanted to get hold of Gondwana’s Devgarh and Garha Mandala, Kherla and Chanadagarh. There were frequent attacks in Gondwana from Marathas of Satara, with the help of Rajputs and Nizam of Bengal.

Incidentally, East India Company had managed to get a grip over the native state governments and they were brought under British rule. East India Company established its center at Madras and then Kolkata, and thereafter intended to rule by creating anonymity between different states. After the battle of Plassey in 1771 AD, East India Company was scrapped and British government took control and began operating it directly from England. British government opened a foreign ministry for India, and British rule began with their control over more than half of imperial princely states. British used to invade Gondwana from north by putting Marathas in front. Bahamani of Pune, Satara and Marathas together with the help of Britishers and South Marathas, they attacked, destroyed and occupied many fortresses in Gondwana kingdoms.

Europe required raw materials for industrial development, for the new factories in England. And India was what could provide them with, timber, bamboo, minerals, cotton etc. Their eyes fell on Indigenous people of Bihar and people came out and rebelled against the British. Tilka Majhi was the first aboriginal warrior who gave slogan “Foreigner Britishers, Quit India” and attacked British cantonments using bow arrow ax.

Gondwana’s 52 fortresses were captured by Marathas. They had annexed Devgarh and Chanda Garh as well. By 1751 entire Gondwana was taken over by Marathas. They robbed Gondwana like never before, even during Mughal period. Gondwana’s culture, language and religion were destroyed and Sanskrit was imposed in two districts Satara and Rantagiri. In place of Gondi language and script, Marathi was promoted in each and every village by Brahmins from Pune. Bhopal was under rile of Afghan Muslims. Holkars of Indore, Sindhiyas of Gwalior, Marathas and Bhonsles of Nagpur along with British managed to take over Gondwana. Maratha’s tyranny was such that British had to take control and by 1853 British Empire was established. In retaliation, Kings of Gondwana, Shankarshah, Raghunathshah, Devnarayan Singh and landlord of Chanda Puleshwar’s son Baburao came together and started organizing people’s army against British. Landlord of Ahiti Ghontm Vir Baburao began gathering young soldiers from village to village.

Baburao Puleshwar Shedmake was born on 12th March, 1833. He was the eldest son of Poolaisur Bapu and Jurja Kunwar. Poolaisur Bapu was Up Zamindar of Molampalli of Ghot Zamindari under District Chanda OP and Berar, Maharashtra. As per the tradition of Gond tribe, Shedmake got his initial education from Ghotul Sanskar Kendra where he learnt Hindi, Gondi and Telugu along with music and dance. English was getting prominence Shedmake’s father sent him to Raipur, Chhatisgarh for learning English. After completing his education at Raipur, Shedmake came back to Molampalli. He was 18 years old when he as per his tribe tradition got married to Raj Kunwar.

In 1854 Chandrapur came under British rule. Shedmake was first to raise his voice against British rule. He used Guerilla war tactics against the Britishers. During 1857, when entire India declared war of independence against the British rule, Shedmake consolidated 500 tribal youth from the region and prepared an army and with this army he was able to capture Rajghad area. When this information reached Chandrapur, the Deputy Collector, Mr.Krikton sent British army to curb it, but near Nandgaon Ghosari the British army was defeated. Mr.Krikton sent another troop which fought battle at Sanganapur and Bamanpet but they also lost the battle.

These two victories encouraged Shedmake and he attacked telephone camp at Chinchgudi on 29th April, 1858 in which Telegraph Operators Mr.Hall and Mr.Gartland were killed but Mr.Peter managed to escape and reported the incident to Mr.Krikton. Mr.Krikton then used his diplomatic tactics for arresting Shedmake. On one side he asked Captain Shakespeare from Nagpur to assist him and on the other side he forced Rani Laxmi Bai, Zamindarini of Aheri to help them. His tactics worked and Rani Laxmi Bai conspired against  Shedmake which he was not aware of. On 18th September, 1858 Shedmake was arrested. He was brought to Chanda Central Jail. On 21st October, 1858 Baburao Puleshwar Shedmake was hanged at open ground in Chanda.

Baburao Shedmake remains an icon of bravery and leader of his tribe, who did everything to protect his homeland from outsiders. 12th March is celebrated as Birth Anniversary of Vir Baburao Shedmake throughout Gondwana region, and especially in Chandrapur. On his memory, a commemorative stamp was issued by India Post on 12th March 2009. 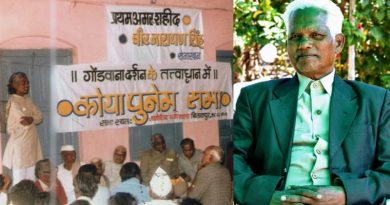 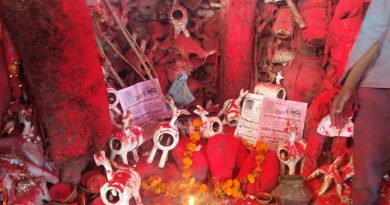 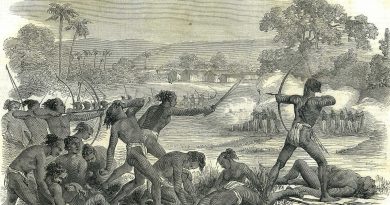